This is Shaun the Sheep hunt part 2

Another sunny London spring day is perfect for more Shaun the Sheep hunting – especially as we’ve caught the bug…(okay that’s mostly me!).  We headed to Paddington for our first finds.  These are part of “The Farmer’s Lost Sheep”.  There is a set of 4 sheep that are not part of the main flock and spread far and wide across the city.  I decided we could tack the couple in Paddington onto “Shaun’s trail” that is centred around the West End. 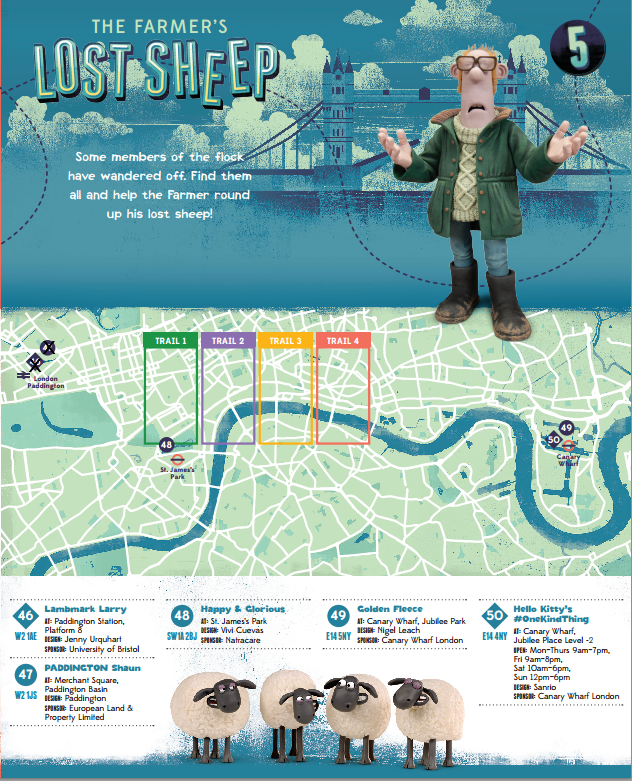 It was a treat for me to head back to our old stomping ground but boy what a change in 10 years.  Particularly around the canal areas.  Here are the two Paddington sheep – including Paddington himself.

We jumped on the bus and headed back down to Oxford Circus…also a bit of a blast from the past for me, passing two buildings I worked in back in 2000-2001.  The trail is marked in green on the map below. 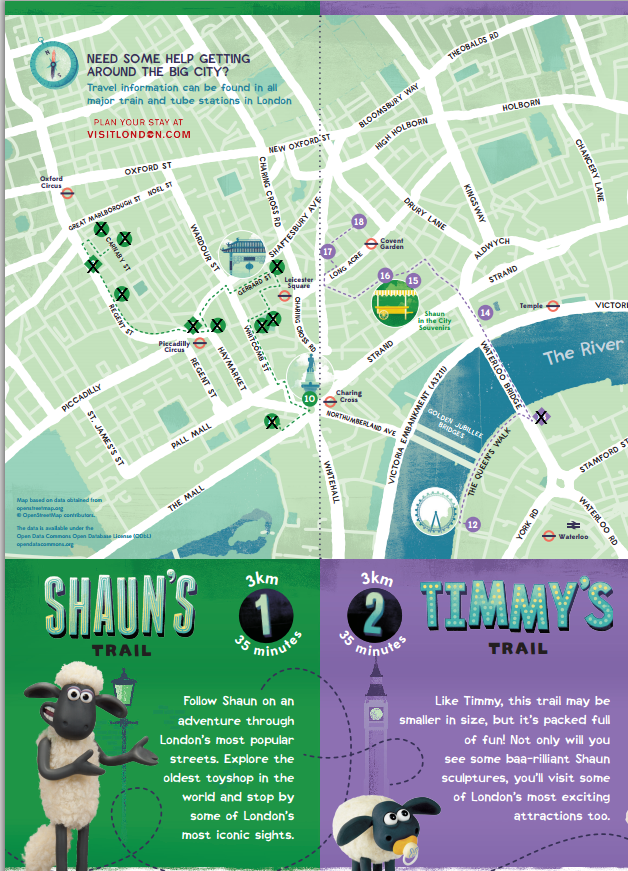 One big highlight for Emma and Sam was finding a Shaun in Hamley’s toy store.  We spent around 30 mins here trying out a lot of different toys.  Sam got to throw a boomerang in the shop, and then Emma decided she needed a go too. There were some amazing lego sculptures, including a Kate, William, Harry and Charles.  Emma and Sam chose to pose with the Queen.  We also found our favourite character “O” from Home.

This trail was a great tour around many iconic London areas and both kids were quite taken with China town…particularly after our lunch stop where we had shared a table in a packed McDonalds with a Chinese couple.  They let us share and in return they took loads of photos of themselves with Emma and Sam.  Emma wasn’t entirely sure about the lady stroking her hair.  Turned out they were part of a tour so shortly after Emma and Sam were subjected to more photos with more Chinese people.

By the way “10’s” not missing – we just found that one last time.  We found a few other statues today too! 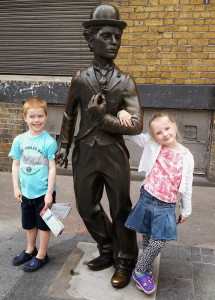 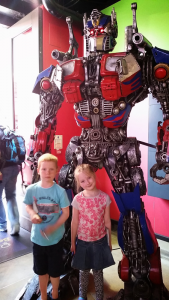 Finally we ticked off the last sheep from the “Timmy Trail” we all but completed last time. 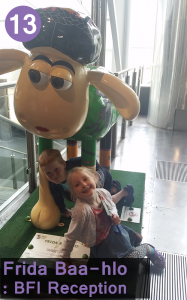